What would you rather do: Lose weight or eat chocolate cake?

What would you rather do: Lose weight or eat chocolate cake? 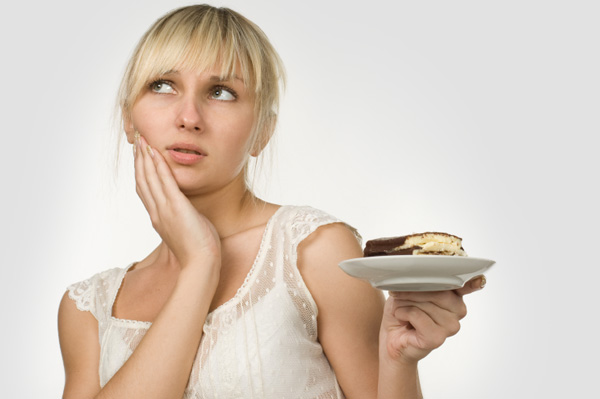 People who have problems with weight, in great astonishment, have always refrained from chocolate desserts for fear that it would not „threw“ a few more pounds. Amazingly, according to scientific research, it is possible to lose weight even if you insert chocolate treats as part of a complete breakfast. It definitely sounds great, and according to recent research, it is recommended that even if you do 3-4 times a week consumed and dessert, can be removed the extra pounds.

Your metabolism is very active during the morning hours and that’s one more reason why you can eat sweets during breakfast without worrying that will increase your body mass. In fact, will even affect your desire for sweets later in the afternoon, when our metabolism slows down, plus they are good for breakfast as contains protein and carbohydrates. In addition, the calories will burn better during the day, and subsequent hours.

In a recent 32-weekly study held by professor Daniela Jakubowicz and her team from the University of Tel Aviv, 193 non-diabetic patients clinically obese adults were divided into two groups. One group was subjected to a low-carb diet (reduced intake of carbohydrate) breakfast of 300 calories, while the other group took a balanced breakfast of 600 calories, which is contained and dessert, such as chocolate cake. During the first half of the study, each person in each group lost about 9lbs. But in the second half, all the people who were on the low-carb dieters regained approximately 9 lbs, while the second group regained only 6.5lbs.

The results of this study are published in the journal „Steriods“. According to prof. Jakubovicz, a group that had a larger breakfast and dessert also not eager for these foods during the day. This is clearly a positive effect on the motivation to keep lost weight, and to get fat again. According to her, the psychological addiction to candy stick in the deep when people try to completely throw them out.

So, if you are overweight and you love sweets, then the good news is that you can eat cake and chocolate and other treats for breakfast, as long as you have a balanced breakfast. You’ll notice a change in some weight but you will feel extra desire for sweets during the day, so losing weight will become easier for you.

This site uses Akismet to reduce spam. Learn how your comment data is processed.